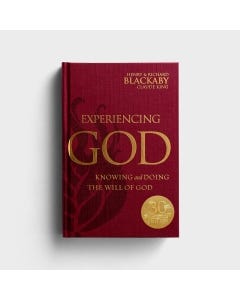 Who Was the Real St. Patrick?

“He who is powerful came and in His mercy pulled me out, and lifted me up and placed me on the very top of the wall. That is why I must shout aloud in return to the Lord for such great good deeds of His, here and now and forever, which the human mind cannot measure.” -St. Patrick

This St. Patrick’s Day (March 17), thousands will be wearing the color green to observe the Irish holiday with some good-hearted fun. They’ll be sharing their favorite St. Patrick’s Day facts and, while most know about the “pinching rules” associated with the holiday, it seems very few know about the devoted missionary St. Patrick, who spent most of his life studying and preaching the Word of God. So, let’s take a few moments to learn more about the history of St. Patrick, the man behind the celebration:

* Patrick was born in Britain into a Christian family arguably in the late 4th century A.D.

* He was kidnapped by Irish pirates at 16 and sold into slavery in Ireland.

* It is said that it was during his time as a slave that he truly developed a relationship with Jesus. And, the anguish of being separated from his close family and desperation for freedom only deepened his faith.

* After six years in captivity, St. Patrick escaped from slavery and was reunited with his family.

* Story has it that once he was freed, St. Patrick began having visions convincing him that God was calling him to return and preach the Word of God—to the very people who had held him captive.

* So, Patrick bravely followed God’s calling and returned to Ireland where over many decades he was devoted in ministry, planting churches, ordaining new ministers and more.

Can you imagine what must have gone through Patrick’s mind when he heard the Lord’s call to return to the land where he was once a slave? He must have wondered if he was mad to consider placing his life in harm’s way again. But, instead of running to his safe place, he followed God’s plan for his life. And, isn’t this exactly what Scripture calls us to do?

* Galatians 6:9 NIV says “Let us not become weary in doing good, for at the proper time we will reap a harvest if we do not give up.”

* Proverbs 3:5-6 NIV says “Trust in the Lord with all your heart and lean not on your own understanding; in all ways submit to him, and he will make your paths straight.”

* Jeremiah 29:11 NIV says “For I know the plans I have for you,” declares the Lord, “plans to prosper you and not to harm you, plans to give you hope and a future.”

With this in mind, let’s lean into Scripture as we study the example of St. Patrick—a Christian missionary who led a life of obedience and is known for sharing God’s love (even thousands of years after his death). Why not take today to spend a little quiet time with God? Be bold in asking Him about His plans for your life, what your next move should be, and listen closely to what He has to say. And, while you’re pinning on your little green button or putting on your green tie, take a few moments to honor and be inspired by the work of “the real St. Patrick”—a man who boldly listened to God’s calling in his life and in turn achieved so much for the Kingdom.