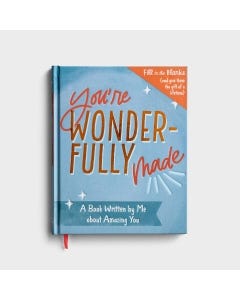 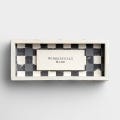 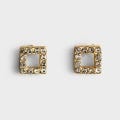 You are Wonderfully Made

Where something is made matters to us. Look at the tag on most any product and you’ll likely see a line like these imprinted on it:

And if you could see the line imprinted on your heart, it would read, MADE IN HEAVEN. The word made usually conjures up visions of factories and impersonal production lines, but the way heaven creates is entirely different. Every part of you was carefully and intricately crafted by God. Of course, that creation was carried out physically in your mother’s womb, but the idea of you started in the heart of heaven itself.

Since the beginning of the world, God has been creating. The word 'made' appears ten times in the first two chapters of Genesis. God made light, stars, animals, and finally His crowning creation—people. When He finished, “God saw all that he had made, and it was very good.” - Genesis 1:31 NIV

What God said over all creation, I believe He said at your birth too: “It is very good.” That statement isn’t a reflection of your morality or what other people say about you. It really isn’t about you at all. Instead, it’s the expression of the Master Craftsman looking at His work and declaring its worth.

We often fail to agree with God’s assessment of us. With our words and actions, we fill in the blanks in other ways. Instead of “It is good,” we look in the mirror and say, “It is ugly. It is unlovable. It is worthless.”

In 1987 a British couple brought a painting to Antiques Roadshow to find out its value. They didn’t particularly like it and had actually moved it to a shed when they redecorated. Imagine their surprise when the painting turned out to be The Halt in the Desert by Richard Dard, a well-known artist. The painting had been missing for 100 years, and its value (£100,000, or about $150,000 today) set a record on the show. It didn’t matter what the couple thought about the piece; its value came from the one who created it.

You and I are works of a master artist as well. We may hide who we truly are and display to the world something we think is more appealing. We may dip our brushes into the paint and cover ourselves with another image. We may even seek to destroy ourselves completely out of shame. But the truth still remains—we are fearfully and wonderfully made.

Max Lucado says in Cure for the Common Life, “Da Vinci painted one Mona Lisa. Beethoven composed one Fifth Symphony. And God made one version of you…We exist to exhibit God, to display His glory. We serve as canvases for His brushstroke, papers for His pen, soil for His seeds, glimpses of His image.” {Check out DaySpring’s Max Lucado Ecard Collection to send this message to a loved one today.}

God longs for His children to embrace the worth and value He’s given them and then use it to bless others. When we know who we are and whose we are, we’re free to love, live with joy, and make a difference in the world.

This post is an excerpt from the Coffee for Your Heart: 40 Mornings of Life-Changing Encouragement by Holley Gerth.