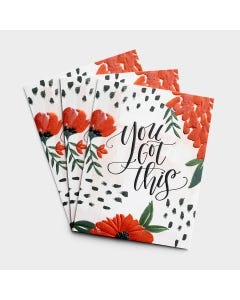 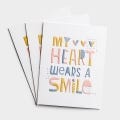 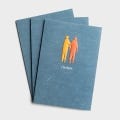 I stumbled across this quote during a particularly distressing time when a member of my family was falling hard into the latter half of that statement.

My father, a pastor, found himself unemployed several years ago after the Enemy began stirring up strife and division among the members of Christ’s body where he ministered. This ultimately led him to the decision to leave the congregation. It was a time of uncertainty, discouragement, and subsequent health-related challenges for he and my Mother.

Unsure of what to do, they began worshipping at home on Sundays, waiting on the Lord for whatever was next…Thankfully, the story doesn’t end there ­ (more on this later).

Sadly, his story is not that uncommon. And although sometimes we tend to think of ministers as ‘superheroes’ of faith who transcend the trials the rest of us face – in actuality, they can be carrying others’ burdens as well as their own. Most pastors work 55-75 hours per week and half of them feel unable to meet the demands of their role. But more concerning is that 70% do not have someone they consider a close friend.

Pastors face the wilderness of discouragement and only 10% retire as a pastor.

Back to Dad. It wasn’t long before someone contacted him and said they missed him, and asked if they could join him and my mother for a time of worship in their home. Then another reached out, and then another, and eventually, their couches, dining room chairs, and folding chairs were filled with believers, and renewed hope. Today this new congregation works, serves and introduces many to Jesus. There is unity!

The turning point for my dad-- The tremendous power of an encouraging word via cards, letters, and emails. You see, the Lord scooped up the ash pile, and left in its place His lovely, encouraging, radiant beauty, redeeming it all because that is what He does, and often He uses everyday people to encourage.

Take a few moments to think of that pastor who has made a difference in your life, that teacher, that small group leader – the one who has poured into you and pointed you to Jesus, and know this:

You are the reason he does what he does.

He’s on his knees praying on your behalf.

Statistics from the Schaeffer Institute.