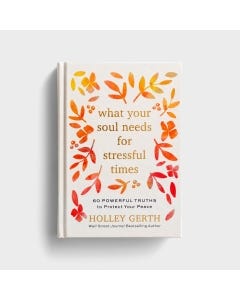 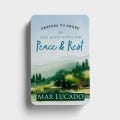 A Reminder About Who Is Really In Control

When I hear the word “control,” I immediately begin mixing my pop culture metaphors as my brain simultaneously sings Janet Jackson lyrics and does a [poor] Gollum impression, whispering, “My precious,” to the idea of control. Ah, to have everything in my world following my commands and plans! Like Ms. Jackson, some days I imagine my last name really is Control.

Then I wake up. Or I take one step outside my imagination and into the real world, where very few things go according to plan and even fewer are truly in my control. Reality smacks me in the face, and I remember: that gold ring is one I will never grasp, but not for lack of trying.

The crazy thing is that, despite more than forty years of life experience and a reasonable amount of common sense, part of me still believes that if I can just plan enough, I can control all the variables and force the world to turn into exactly what I want. After all, I make really good plans! So it seems fair to expect – no, demand! – that everything goes well. All of it. I want everything lined up and locked down, clean and shiny and pretty and perfect. I want it under my control.

But, let’s be honest, how often does that ever actually happen?

And then, when it all falls apart (because let’s face it, when you’re wound this tight and so determined to get a grip on elusive control, it always falls apart), I lose my mind. I lose my temper and my patience, and I don’t look much different than one of my kids when she’s told she can’t have her way.

As uncomfortable as that interview was, it was also illuminating as I realized that no matter how each of my experiences had turned out, I didn’t regret them. Could I imagine a better path? Sure. Was I pretty sure that I’d made mistakes along the way, leading me to places less than ideal? Absolutely. Were some of my decisions made out of fear or pride or impatience? I’m afraid so.

But did God use each of those experiences anyway? When I listened to His guidance, did He show me how to use the gifts He’d given me to learn and grow, to serve others no matter where I’d wandered? Is God strong enough to hold steady, unswerving even when I try so desperately to grab the wheel and steer the ship? Yes, yes, and yes!

Waiting is hard, and while I’d like to think I’ve learned to do it better, my track record would tell you that’s not saying much. I’ve been impatient countless times, so anxious to get to the next thing, the real thing, the something big that I simply couldn’t wait on God’s timing. I’ve repeatedly gotten ahead of God’s plans in an effort to take control and force what I believed was meant to be to happen now — quitting jobs, starting businesses, breaking leases, making announcements, changing churches.

Every time, I believed the lie that I knew better than God, that everyone would benefit if I simply stepped up and took charge. Every time, I was wrong – and every time, God showed up to gently (or sometimes not so gently) pull me back onto the path He’d built just for me.

Getting ahead of God and trying to take charge just doesn’t work. As I tell my daughters, “Every action has a consequence,” and that includes my determination to be in control, my refusal to trust God’s plan, my lack of faith that leaves me unable to wait for God’s timing.

All of us are fooling ourselves when we believe we know better than God about what should happen next. He is the Author of our stories and the story of all time, and in the most brilliant timing, He will work everything out for our good and His glory. He won’t be stopped by our interruptions as we take detours and make plans of our own, and He can use us and bless us even when we forge our own paths. That’s how firmly in control He is.

So if you are weary of waiting on God, have faith, friend. He hasn’t forgotten you. He has a plan, and you are part of it. And the way He reveals His plan to you will be more beautiful and perfect than anything you could dream or design.

If you crave control – out of fear of the unknown or misplaced pride in your own wisdom (both things that have tripped me up before!) – remember in Whom you’re placing your trust. Remember that God is the God of eternity, the God of creation and salvation, the God who loves you more than you can imagine. That God? He’s got you. He’s got a plan for you. And neither He nor that plan will let you down.

And if you have given in to impatience, gotten ahead of God and forged ahead on your own, don’t despair. It’s not too late to follow God and be part of His plan. There’s nowhere you can go that He isn’t with you, waiting with all the patience we lack, for you to turn back and rely on Him.

Related Articles
4 Comment(s)
Linda Y DuBois
Mar 06, 2022 09:44
Thank you Mary, at 70 I have not arrived otherwise I wouldn't be here still. Thank you for your encouragement. I pray to our Lord Jesus that you will continue on your journey and sharing your honesty
Reply
Cindy Erdal
Mar 06, 2022 09:24
Beautifully said, and much needed reminder
Reply
Carol Morton
Mar 06, 2022 08:55
I know exactly what it means to wait but the impatient level is so off. I say God’s timing is so perfect but I lack in the waiting. This is an area in my life that God is still working on me. If I didn’t spend time with him alone I would really mess things up. I have a plan but what is His true plan. So I will continue to draw closer to him. When I call on him in each situation he hears but I need to be waiting on him. The answer will come but in His timing.
Reply
Dawn Davies
Mar 06, 2022 08:52
So true, Mary! Thanks for reminding me that I don't always have to drive, I need to be a passenger in God's bus!
Reply