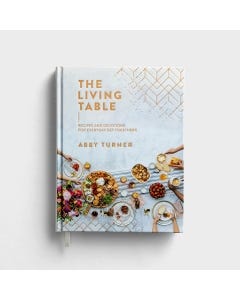 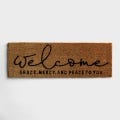 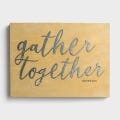 Living a Life of Availability

“You’re so busy!” she says to me. We’re caught in the in-between moments after church service, picking up our kids from their Sunday school classrooms, and it’s just enough time to start a conversation but not go deeply enough.

I know I can respond in two ways: 1) I can agree with her with an elongated “I know” because it could be true depending on her definition of that word, or 2) I can disagree with her because the truth is I haven’t been as busy as she thinks I’ve been based on my social media posts. She’s assumed that what she sees online is the actual pace of my life instead of seeing them for what they are: the highlight reel.

I settle for number one because I’m tired of explaining myself and I don’t want to embarrass her for her assumptions.

I get where she’s coming from though. Busyness has become a prized virtue in our culture, a thing we always wish we weren’t but something we can’t help but strive for. It’s something we are secretly proud to be because it signifies importance or value, or in the least, it makes us feel that way.

I feel its strong current in every area of my life, whether I’d like to or not -- in parenting, in work, in church, in my friendships, in my kids’ friendships. The choice not to be busy seems elusive and if achieved, downright countercultural. It’s countercultural not to fill up the shared Google calendar with dots on every day of the month, not to have all your Saturdays booked with birthday parties or playdates or soccer games, not to have coffee dates and dinners with friends planned months in advance.

It seems that living a life of availability instead of busyness means you go against the current of our culture and of its expectations -- even for our children.

I sometimes wonder about Jesus’ life and the moments that may have been missed if He had been too busy, too focused on working and preaching. He was called, commissioned; He had every right to be the busiest person in the world. But would He have missed the children who gathered around Him, who were just as important as His disciples? Would He have missed Zacchaeus, who was hiding in a tree? Would He have dismissed the blind man or the lepers or the woman bleeding for twelve years

He was living in this world but not of this world. He was called and commissioned but from a divine place that ran on a different time (if time, at all). He was focused, yes, but He was intentional. Of the thousands that may have heard Him, seen Him, experienced Him, He only chose a few to disciple, to heal, to speak to, to eat with. He was countercultural in so many ways, and thank God, He was.

In one of my favorite passages of Scripture in Luke 24, some of Jesus’ followers were walking to the village of Emmaus after He had died. Little did they know He had already risen from the dead, and they lamented in grief and disbelief at what had transpired. As they were walking, Jesus suddenly appeared and came alongside them, joining them in their conversation and enlightening the Word to them. They had no idea it was Him until later, but this was what He did. He made time. He showed up. He walked alongside. He ate with them and strengthened them.

I open Google calendar on my phone and check to see what this month looks like. Strangely and thankfully, it’s not filled up. There is still work to be done, kids to take care of, but the extra stuff is missing for the time being. I think about the way I want to find rest, the way I want our family’s rhythms to be -- slow, unrushed, open. I don’t like that I have to do this, but I add an “event” on the calendar and type in beach. On another day, I add family day and vacation(?), just so I won’t be tempted to fill it up with meetings with people that aren’t necessary in this intentionally slower season. It’s not that we’ll actually go to the beach or go on vacation, but I need reminders to live a life of availability, to live a life of openness, not only with my heart but with my calendar as well.

Living a life of availability isn’t easy, and if you try it, it probably won’t feel natural. But creating that space in our lives allows for rest to happen for ourselves and our families. It creates an environment of peace in our homes, in our bodies, in our relationships, and when we pay attention, we’ll see it makes room for God’s kingdom to break through.