A Host of Angels Singing 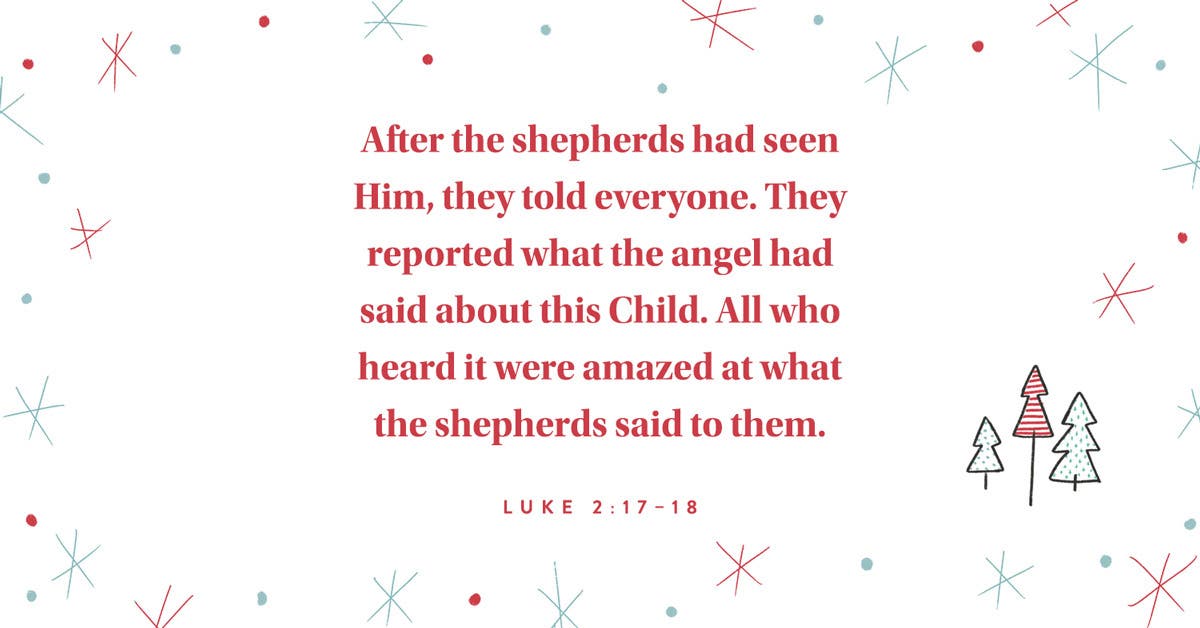 Suddenly a large group of angels from heaven also appeared. They were praising God. They said, “May glory be given to God in the highest heaven! And may peace be given to those He is pleased with on earth!” (LUKE 2:13–14)

Angels are everywhere in the Christmas story. Angels spoke to Zechariah, Elizabeth, Joseph, Mary, and now to the shepherds. What are angels?

Angels in heaven obey God. Sometimes they are God’s messengers, like in the Christmas story. Angels guard the entrance to the garden of Eden and keep men out (Genesis 3:24). Special angels continually worship God (Isaiah 6:3). We know that some angels rule over other angels. Michael is an archangel (Jude 1:9). Gabriel, who spoke to Mary and Zechariah, stands in God’s presence and serves Him (Luke 1:19).

We should never worship angels. They serve God, and He expects them to obey Him. They are “mighty ones” who “carry out His orders and obey His Word” (Psalm 103:20). Instead, we worship God, who created the angels.

“You have come to a joyful gathering of angels. There are thousands and thousands of them” (Hebrews 12:22). We don’t know how many angels exist, but we know there are lots of them!

Angels are fascinating to humans. At Christmastime, we often see angel ornaments. A bunch of angels together create a miniature host of heavenly angels. It’s a good time of year to think about angels because they are in many places in the Christmas story. Just be careful to worship the baby and not the angels. Only Jesus is worthy of our praise.

Father God, angels are fascinating because they are in heaven with You. Someday, I’ll sing Your praises with the angels in heaven. Help me to remember to praise You during this special time of year.